To share your memory on the wall of Owen Toney, sign in using one of the following options:

He was a devoted son that could be depended upon by his parents for all sorts of thin... Read More
Owen passed away on Wednesday, June 24, 2020 after a lengthy illness. Beloved son of Andrew Toney (Boston) and the late Evelyn Arlene (Morris) Toney.

He was a devoted son that could be depended upon by his parents for all sorts of things, including trips to New Hampshire for shopping, fixing a pipe, rides to the doctors/store, troubleshooting a computer, installing a device or shoveling snow on cold New England mornings.

He was born in Boston, Massachusetts, the grandson of the late Gladstone St. Claire Morris and the late Eudeen Neblett Morris. He graduated from the New School for Children, James P. Timilty Junior High School and Boston Technical High School. He attended Boston State College and later transferred to the University of Massachusetts Boston where he found his academic home, majoring and excelling in Anthropology.

As a youngster, he enjoyed reading about Greek mythology, Roman history and other early civilizations. He loved watching Start Trek and other similar shows or movies. He enjoyed classic rock, clambakes and encouraging urban dwellers to grow vegetables.

He was a long-time community activist in Boston and honed his advocacy skills at a young age by attending the New School for Children, one of the nation’s first community schools. Owen’s stellar reading skills and intelligence allowed him to thrive in the parent lead community school. He enjoyed learning at his own pace, hands on learning, the opportunity to learn and explore (often advance concepts) at a young age in a supportive community environment. He also enjoyed learning about community advocacy and empowerment directly from local leaders on field trips.

He developed an interest in international affairs, economic development and sustainability when he visited Liberia, West Africa on a lengthy family trip while in junior high school. Later he studied Chinese in college and developed projects in Ethiopia and Liberia that fostered opportunities for local community members to harness natural Green resources for energy and sustainability

While in college, he embarked on a lengthy international vacation with his sisters, riding trains throughout Europe and visiting many of the places he had read about as a child. He loved visiting the Oracle of Delphi, the Acropolis and exploring the Pyramids in Egypt.

As a young adult he worked for First Security, a contractor at local Boston hospitals. He made many lifelong friendships with young adults from diverse backgrounds while working at Boston area hospitals. He enjoyed the camaraderie of his friends while attending Red Sox, Celtics and other games/events.

Later he worked at Digital Equipment Corporation’s Roxbury plant for several years before moving over to the Boston Ballet, providing Information Technology and Help Desk services.

Owen worked on the staff of a Boston City Council Member, providing education/parent outreach and advocacy to Boston students and their families. As always, he was a hard worker and went above and beyond to help those in the community that were struggling.

He spent many years volunteering on local political campaigns and initiatives. He was a staunch believer in Green initiatives, particularly for underserved urban populations. He founded and served as Executive Director of the Green Neighbors Education Committee and was part of Boston’s Greenfest from its beginning.

He ran Greenfest’s Entrepreneur Small Business Forum for several years and worked steadfastly on an initiative for Solar Mobility for Personal Rapid Transit.

He often made friends for life. When his best friend died suddenly he offered a home to his friend’s daughter, Takeisha. Later he called Takeisha “my girl” when he had to let young men know that she had a male presence in her life and needed to be treated with respect. He loved Takeisha’s children.

He was a kind uncle to his niece, Rachel and enjoyed going to the Eastern States Exposition (Big E) in Springfield, MA with her and his sister in the fall. He enjoyed the animal activities (like the pig races), the huge pumpkin displays and the fun fair food.

He is survived by his father, sisters, Takeisha Rachel and her children and a host of nieces, nephews, cousins, aunts, uncles and other extended family. In lieu of flowers, please consider a donation in his name to the Green Neighbor’s Education Committee, as we carry on with his work and create sustainable grants and scholarships for Boston residents.


To Zoom click on your loved one obituary and then click on Photos and Videos Scroll down below picture album then click on Watch Webcasting.
Read Less

To send flowers to the family or plant a tree in memory of Owen Douglas Toney, please visit our Heartfelt Sympathies Store.

We encourage you to share your most beloved memories of Owen here, so that the family and other loved ones can always see it. You can upload cherished photographs, or share your favorite stories, and can even comment on those shared by others. 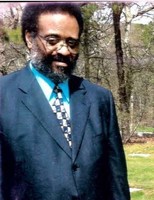