To share your memory on the wall of Joseph Jones, sign in using one of the following options:

Provide comfort for the family of Joseph Jones with a meaningful gesture of sympathy.

Print
Joseph Augusta Jones Sr., was born on January 7, 1934 in Bruce, North Carolina to the late Juke Jones Sr. and Louise Bell. He was the first born of four siblings. He was educated in the North Carolina public school system.

Joseph affec... Read More
Joseph Augusta Jones Sr., was born on January 7, 1934 in Bruce, North Carolina to the late Juke Jones Sr. and Louise Bell. He was the first born of four siblings. He was educated in the North Carolina public school system.

Joseph affectionately known as Pops, was later joined in Holy Matrimony to the late Ammie Lee Fleming. From this union eleven children were born. In April 1963 the Jones family relocated to Boston, MA..

Pops was employed as Maintenance worker at the State Mental Hospital. He was later promoted to the position of Mass Mental Health Worker, where he worked for 30 plus years until his retirement.

He was well liked in his community and became “Pops” to all. He would go to bat for his family and friends if you were in the right. Pops was sharp right up until the end, he would often reminisce about the good old days and you could be certain that laughter would fill the room. On the flip side of this, don’t dare cross him because he would let you have it, that’s why he will always be “One of a kind”.

Pops favorite saying is: OK! THANK YOU! BYE BYE! (you would have to have known him to understand this)

Due to the current pandemic with COVID-19, and the restrictions issued by our State Government, we ask that you please be conscious of the capacity limit that has been set forth. Note that all viewing and celebration of life services will be limited to the allowed number of visitors at any one given time. Also we ask that all physical condolences to the family not be displayed at the viewing, funeral services and/or cemetery sites.

To send flowers to the family or plant a tree in memory of Joseph Augusta Jones Sr., please visit our Heartfelt Sympathies Store.

We encourage you to share your most beloved memories of Joseph here, so that the family and other loved ones can always see it. You can upload cherished photographs, or share your favorite stories, and can even comment on those shared by others.

Posted May 21, 2020 at 11:34am
Uncle Joe always had the best advice! He always laughed, joked and after talking to him you forgot what the problem was that you had! Great man, will be missed!! Sincerest condolences to our family! WE love you!
Sonya Alford and Sharliya Harris
Comment Share
Share via: 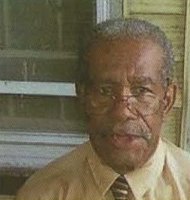