To share your memory on the wall of Kevin Bradshaw, sign in using one of the following options:

Provide comfort for the family of Kevin Bradshaw with a meaningful gesture of sympathy.

Kevin was a hard worker and started working his first summer job at the age of 14. Kevin held several jobs over the years in various industries, the latest being at TD Garden. As a youth, Kevin was an active member in the Boys and Girls Club, he attended overnight camps, took karate classes and he enjoyed the family picnics to George’s Island. Kevin made his first communion at Blessed Sacrament in Jamaica Plain. Kevin attended Boston Public Schools for his education and he graduated from Boston High in 1988. Kevin loved school so much that at times he would walk from Roxbury to Charlestown when he missed the school bus. After high school, he then furthered his education at Mount Ida College in Newton, MA.

Kevin enjoyed various activities and interests such as listening to music, hanging with his friends and coworkers, watching movies, fishing, cooking (especially Barbecues), computers and fixing cars. Although Kevin did not have the opportunity to return to Trinidad and Tobago, he enjoyed celebrating his culture by attending the West Indian Carnivals in Boston, MA and Brooklyn, NY.

While Kevin did not have any children of his own, one would never know the difference, especially when you saw his interactions with kids. For example, with his niece Lichelle, he played an instrumental role in her life stepping up as an honorary father. Kevin was not fond of taking pictures, but he made sure that he was front and center for the major achievements in her life.

One thing that everyone can say about Kevin is that although he was not a man of many words, he was loyal to those close to him. In the days following his passing, the family received stories from people in different walks of his life about how good of a friend and coworker he was. These stories were a testament of what the family always knew about Kevin.

Kevin is survived by his mother, Dorothy Bradshaw (Boston), his sister Michelle M. Bradshaw (Boston), and his brother Terrence Bradshaw (Maryland). Kevin is also survived by a host of family and friends in Boston, New York, and Trinidad and Tobago, including, but not limited to his special Aunt, Antoinette Yvette Boyea and his goddaughter Angel Thomas. Kevin was loved dearly and will be truly missed by everyone.

Due to the current pandemic with COVID-19, and the restrictions issued by our State Government, we ask that you please be conscious of the capacity limit that has been set forth. Note that all viewing and celebration of life services will be limited to the allowed number of visitors at any one given time. Also we ask that all physical condolences to the family not be displayed at the viewing, funeral services and/or cemetery sites.

To send flowers to the family or plant a tree in memory of Kevin Joseph Bradshaw, please visit our Heartfelt Sympathies Store.

We encourage you to share your most beloved memories of Kevin here, so that the family and other loved ones can always see it. You can upload cherished photographs, or share your favorite stories, and can even comment on those shared by others.

Posted May 04, 2020 at 07:59am
Dear Lichelle, Our thoughts and love are with you during this difficult time. With love, All your friends at NECP

Posted May 03, 2020 at 08:41pm
My sincere condolences go out to KB’s family. You have my thoughts and prayers as you get thru this tough, tough time...We are going to all miss him at TD. His wit, humor, and laughter will be missed for a long time. Goodbye my friend... 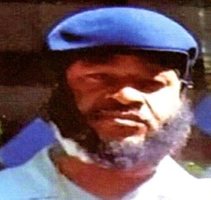