To share your memory on the wall of Ruby Reynolds-Dawson, sign in using one of the following options:

Ruby spent her early years in St. Catherine. She later moved to Kingston, Jamaica, where
she attended commercial college and later obtained her Beautician’s license. She was
married to businessman Cleveland King. During this union, Ruby gained insight into the
business world, as she worked with her husband in his factories. She learned the techniques
and skills necessary to help run the family business. Although that union produced no
children, she subsequently gave birth to two wonderful children, Sonia and Keith.

In 1970, Ruby immigrated to New York, New York, in search of a better life for her and her
children. Eventually in 1978, Keith and Sonia joined her from Jamaica. During her residency
in the U.S., she held many jobs; including working in a shoe factory and taking care of two
young children and the elderly. She later worked as a nurse’s aide for more than 25 years
before retiring. After her retirement, Ruby used her educational background and business
skills in various volunteer efforts, in addition to being a rental property owner.

Ruby lived a simple and full life. She derived pleasure from being with her family. She
enjoyed reading her Bible, sharing stories, and laughing with friends, and acquaintances.
She loved flowers and enjoyed gardening immensely. She gave special attention to her roses
and indoor plants, especially her pepper tree derived from seeds her niece, Pat, sent to her.

Miss Rubes was a long-standing member of the Hyde Park Seventh-day Adventist Church.
She was a God-fearing woman who had a relationship with her Maker. She gained great
pleasure and fulfillment in her spiritual walk with God. Her daily priority was to place God
first in her life by studying His Word and learning more about the gospel. In addition, she
loved singing. Ruby often sang with her daughter and fellow church members, many of whom
were her friends. She remained in communication with her church family even during her
time of illness.

Ruby was kind, loyal, and trustworthy, all values she held in high esteem. Her kindness was
reflected in the sentiment of those she assisted throughout the years, and the many
organizations to which she made countless contributions She was known for her
graciousness, her honesty, compassion, and her kind-hearted nature.

Ruby Claire Reynolds Dawson (Miss Rubes) passed away peacefully on February 11, 2020, at
11:28 a.m. in the Good Samaritan Hospital in Brockton, Massachusetts after a brief illness.

Ruby was preceded in death by her parents, Emily Ashelena Harris-Johnson and Hubert
Ralph Reynolds, her brothers: Louis, Ronald, Melbourne, Claudius, Clinton, Alvin, and
Clovis, and her sisters: Bernice, Floribel, and Ermine.

As a mother, grandmother, aunt, and friend, Ruby is already profoundly missed by all. She is
survived by her daughter, Sonia Bryan, and son, Keith Thompson. She leaves to moan her
departure two grandchildren, Abigail Bryan-Jones and Jonathan Enos. She also leaves
emptiness in the hearts of her sisters: Pearl and Rose Reynolds, and her brother, Evan
Reynolds, along with countless nephews, nieces, cousins, friends, and acquaintances.
The legacy of Miss Rubes’ kindness and love will live on in the hearts and minds of all she
touched directly and indirectly. The sun setting on her presence does not end her legacy.

Please continue that legacy by donating to meaningful charities as she did. Donations,
whether big or small, count when the goal is to help improve the lives of others.
Read Less

To send flowers to the family or plant a tree in memory of Ruby Clare Reynolds-Dawson, please visit our Heartfelt Sympathies Store.
Print

We encourage you to share your most beloved memories of Ruby here, so that the family and other loved ones can always see it. You can upload cherished photographs, or share your favorite stories, and can even comment on those shared by others. 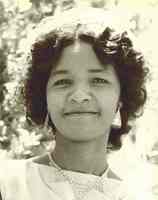 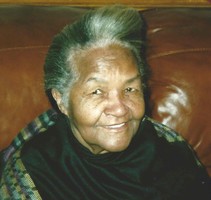