To share your memory on the wall of Eric Ansley, sign in using one of the following options:

One of his greatest passions was to start his own entrepreneurial journey, which began in 2017. Eric’s dream of starting a clothing line became a reality when he created Billionaire State of Mind.

Eric was also an employee for the phone service company Sprint. He started his employment in November of 2017. Within his first four months of working, he received the Best of the Best award. He was also recognized as Sprint’s #2 Sales Associate in the nation.

Eric was a comedian, he was playful, he was silly, and he loved to make other laughs. Once you got to know him, you loved him. He enjoyed spending time with his family and his friends.
One of Eric’s biggest accomplishment was becoming a father to his two sons, Kayden and Ethan. Eric adored his boys and his boys adored him.

Eric leaves to mourn his father and mother, Robert and Stephanie Ansley, his brothers, Robert Jr. and Stephone, his sons, Kayden and Ethan, his niece Sehniya, his nephew Jeremiah, and a great number of aunts,
uncles, cousins, and friends.
Read Less

We encourage you to share your most beloved memories of Eric here, so that the family and other loved ones can always see it. You can upload cherished photographs, or share your favorite stories, and can even comment on those shared by others.

Plant a Tree in Memory of Eric
Plant a tree 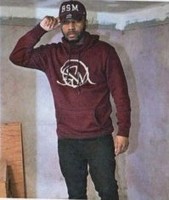