To share your memory on the wall of Fred Lewis, sign in using one of the following options:

Provide comfort for the family of Fred Lewis with a meaningful gesture of sympathy.

Fred always liked to be involved, and while on the island, ball room dancing and cricket were two of the many activities he enjoyed. He enjoyed ballroom dancing with his soon to be wife, Marvarine Wilson. After immigrating to Cambridge, together with Gerry Wade, he expanded his involvement in the community by forming the Christian Basketball League of Cambridge, where he coached. He was one of the first to help organize the Corey Training Workshop, so that folks could have a fair chance at securing housing. Fred’s years of service to the Cambridge community, led to him being nominated for the Cambridge City Volunteer Award in 2014. His love for the game of cricket, inspired him to become an Empire for a Boston cricket club. NECUA. Fred volunteered at ACT as the office manager from 2012 – 2016, and served two terms on the Governing Board of ACT, from 2012 – 2017; an organization that advocates for Fair, Just and Affordable housing, for lower income residents. He touched the lives of many people in the Cambridge community in a positive way.

Fred worshiped with his family, at St. Paul’s AME Church in Cambridge, for many years. He sang in the New Temple Singers, and Chancel Choir; Served as an usher, and also served as a Trustee member. Fred later joined the saints here at New Faith Missionary Baptist Church, where he worshiped and served faithfully until his death.

Somewhat like his mother, whom friends deemed a “fashionista”, Fred was a fashion conscious fella. He loved to “step out” to make a statement. He presented himself for church on Sunday mornings “as they say in Barbados , dressed to death”. Fred’s worked history included Macy’s store, Cambridge Hospital, and Cambridge Ridge and Latin school. Before retiring because of failing health, he worked at Longwood Security for Children’s Hospital.

Fred lived a full life, and was always willing to get involved and serve. He will be missed by his family and friends. Fred leaves to celebrate his life, Children – Joel Bryant (Bdos), Donna and Diane Lewis; Grandchildren - Jeremy, Christopher and Aubany; Brothers - Clyde and Carl Lewis; Sister – Shirley Lewis; Step father - Winsbert Grant; Aunt - Ivy Lewis (Golding), Uncle - Seon Lewis, and many Cousins in London, UK; Also many Nieces, Nephews and Friends in the Cambridge/Boston areas.

To send flowers to the family or plant a tree in memory of Fred M Lewis, please visit our Heartfelt Sympathies Store.

We encourage you to share your most beloved memories of Fred here, so that the family and other loved ones can always see it. You can upload cherished photographs, or share your favorite stories, and can even comment on those shared by others. 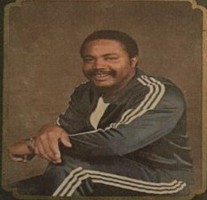