To share your memory on the wall of Wesley Drakes, sign in using one of the following options:

On May 9th, 1977, our mother, Hartley, had to have her first C-Section, giving birth to her second child
with our father Edward. Most women expect to have babies the size of football, my mom gave birth to
one the size a football player. From that point on, none of our lives would ever be the same. She named
hersecond born, her second son, Wesley Lloyd Drakes. He had a full head of hair, a strong jaw line, full
lips, and chubby cheeks. Wesley had a presence; you could sense his strength, even from a young age. In
his newborn picture he has a scowl and his hand balled up in a fist, I lie to you not, I have the pictures to
prove it. As if he was saying from the beginning, “You got a tough one right here”. His strength,
incomparable. He was strong enough to walk at 8 months old, after that he didn’t want anyone to hold
him up. He was going to hold himself, if needed he would hold you up too.

His smile was a trademark, big and broad, it seemed like it would take up his whole face as a child. It was
infectious. You couldn’t help to smile back at him when you saw it. As a man he carried a straight face,
but his smile was the most welcoming thing you could ever see. His childhood was full of complexities, of
love and of pain. He lived the majority of his life in Dorchester not too far from here. One Street, in
particular, was of great significance, Codman St. This was the street where he would make bonds that
not only spanned across decades but would maintain its strength or grow stronger with each passing
year. Forgive me if I forget anyone, on Codman St. he grew to know, Camille, Rose, Lydia, Hakim, Greg,
Al, Steph, Steve, Jay, Sam, Anthony, Tamara, Ant, Tanya, Rena, Joel, Rayshawn, he was also blessed
because he had family there as well, our cousins Adrian, Shelly, Valerie, Alvin, Allison, Sherrie, Annette,
James, Jackie, our oldest brother Chris, andmost prized of all Joe and Larry. Theirs’ was a genuine
friendship, which those who are lucky enough to have, know they are fortunate and those who don’t,
well, they can do nothing but wish for. It wasto a point where the only time you didn’t see them together
is when they couldn’t be together. Even when our parents moved us out miles away to a small town and
Wesley became good friends with Dennis, Lonnie, Kevin, Luke, and the bunch; he would make certain he
got up before sunrise every weekend to catch a ride with our Mom as she drove to work in the morning
so he get back to being part of the Trio. You knew, if you saw one of them, the other ones weren’t too far
away.

The trio of boys grew into men, and as men do, made choices that placed them on their own paths. My
brother’s path led him to Local 7 where he worked with men and women who literally built the
foundations that changed the landscape of the cities we live in. He was proud of that; Iron Work is
ranked as the 6th most dangerous profession by the bureau of labor and statistics, it's been among the
top 10 in the country for years. I want you to think about that the next time you enter a high rise.
Imagine being at that height with nothing but the air, some metal beams, your skills and a hardhat. My
brother did that every single day; you have to be crazy or brave to take that kind of risk on a regular
basis. He had almost no fear, but make no mistake he wasn’t crazy; that there was bravery. When he
wasn’t at work, he would enjoy being in his place, listening to music at the highest volume, playing
PlayStation on his right screen, while following sports on his left, working to achieve his next bench goal,
even though he was pressing over 200lbs. Doing over a 100 pull ups, 200 sit up, 10 minute planks and
whatever other workout regimen that would make you sore from just watching. He would stop by my
house most days of the week, not for me though, for his #1 and #2 girls, my mom and my daughter. He
loved his Mother, he was the only one of her three kids who would never talk back to her, who would
rather be silent than get her upset. He would bring Mom a coffee, and a donut from Dunks, never
forgetting the two extra donuts for his baby girl Daphne, commanding a kiss for payment, which she
gladly paid, after she ran around laughing playfully waiting for him to catch her and whisk her up in the
air, which he did gladly. His donut deliveries were just a ruse, his main objective was to check up on his
Ma, who was dearest to his heart. He wanted to do so much for her, he wanted to give her what he felt
she always deserved, he never wanted her to be upset or want for anything. The thing about Wesley if he
loved you, he always loved you and he would show it whenever or where ever he saw you. You could be
walking across the street, I guarantee he would show you love, and that love wouldn’t just extend to you
it would extend to your family too.

When we lived together, I would see his chosen family, Dawon, Verma often and of course the only member of his Trio still in the state, Joseph. Joe was more than family to my brother, they were kindred spirits. The walls of Wesley’s apartment were naked, save for his bedroom.

On those walls, he had a Bajan flag, my discarded paintings,two TVs, his workout goals and the pictures
of 4 children. Maria, Reymal, Tristan and Daphne. Wesley loved his nieces and nephew, his first niece
Jasmine was his ratgirl, his nephew CJ shared his name, Tristan was his look alike and Daphne, his
sweetheart. Maria and Reymal were more like his own children because they were Joe’s. From 9yrs old
on Wes had Joe and Joe had Wes, every day for 33 years these two were each other’s hand. It was only
fitting that it would be Joe who was with him in the end. It’s comforting to know he wasn’t alone when
he decided to go back home but with the person with the person who knew him best.Wesley was loved,
he was the favorite of many people for many reasons, amongst my mom's adopted daughters, at his job,
in his circles, in his life.

Each relationship Wesley had with those he loved was a unique one, tailor made, if you will, so I can't tell
you what he would say, because he would have a different message for each of you. But as we proceed
out, to say our final goodbyes to the vessel that housed my beautiful brother Wesley, let us cherish the
memories we created with him, whatever they are. Let us reflect on what Wesley saw in us, that we
didn't seem to see in ourselves, let's us concentrate on what he would want to see from us, for us,
whatever it is. Because... as Wes would say "You already know
Read Less

To send flowers to the family or plant a tree in memory of Wesley Lloyd Drakes, please visit our Heartfelt Sympathies Store.
Print

We encourage you to share your most beloved memories of Wesley here, so that the family and other loved ones can always see it. You can upload cherished photographs, or share your favorite stories, and can even comment on those shared by others.

Your Brothers at S&F, From Rosalind and Stephanie Johnson, and other have sent flowers to the family of Wesley Lloyd Drakes.
Show you care by sending flowers

Flowers were purchased for the family of Wesley Drakes. Send Flowers

Your Brothers at S&F

Your Brothers at S&F purchased flowers for the family of Wesley Drakes. Send Flowers

From Rosalind and Stephanie Johnson

From Rosalind and Stephanie Johnson purchased flowers for the family of Wesley Drakes. Send Flowers 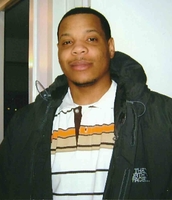 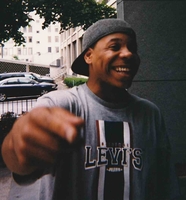