To share your memory on the wall of Reverend Luvenia King McLean, sign in using one of the following options:

Rev. Mclean had an extremely tenacious drive for education, which she believed was her vehicle to living her best life. At the age of fifteen, both Luvenia and her twin sister made a courageous decision to relocate from Greenwood, SC to Atlanta, GA in pursuit of higher education and a career in nursing. They embarked on this journey with meager provisions and she stated many nights they only had a candy bar to share between the two of them for dinner.

In 1946 she wed William King, an Enlisted Sailor in the U.S. Navy. The newlyweds settled in Washington, DC and from their union they birthed three daughters and one son, Barbara, Doris, William and Giselle. Being a young, married mother did not dampen her dreams but fueled her motivation to excel in order to offer her children a life that exceeded mediocrity. While living in Washington, DC, she earned her Diploma as a Licensed Practical Nurse.

In 1957 Rev. McLean made a purposeful decision to move to Boston, MA. She strongly believed that Boston was the mecca of education and medicine and she desired to be in an environment where she could continue to thrive in education and occupation. Shortly after her arrival, Rev. McLean teamed up with her 2 sisters, Lugenia and Otelia to purchased a three-family home together where they could maintain an internal support system to assist each other while raising their children and pursue their career goals. This home was centered around love and strong family values. Caring and sharing was the vibrant model and no sister would allow the other to lack in any way. There was always more than enough. Their property made a notable statement on their street and in their neighborhood for the beautiful pink roses bushes that bloomed in the front yard seasonally.

Confident that Boston would be her permanent residence, Rev. McLean began her search for a spiritual home to worship. She loved God and was determined to raise her children in fervent reverence of the Lord. Her searched ended in the early 1960’s when she joined the Historic Charles Street A.M.E. Church under the extraordinary leadership of Rev. Walter C. Davis. This decision was inspired by her spiritual upbringing in Greenwood, SC at Old Field Bethel A.M.E. Church. Her grandfather, Anderson Collier, served in the office of Deacon and worked on the construction of the edifice that is still standing to date.

With her spiritual and maternal priorities in place, Rev. McLean ambitiously aimed higher and earned an Associate’s Degree in Nursing at North Shore Community College, a Bachelor of Science Degree in Sociology and a Master of Arts Degree in Human, both, from New Hampshire College. She would always impress upon her children and grandchildren that education was the key to opening the doors of success.
She has an extensive history working in various Boston area hospitals and nursing homes, which include Boston State Hospital as a Nursing Supervisor of the Medical Surgical Unit/D-Building, Assistant Director of Resthaven’s Nursing Home, the Visiting Nurses Association and as a Private Duty Nurse for patients at the former Peter Bent Brigham Hospital and the Massachusetts General Hospital/Philips House.

In 1978, Rev. McLean married Francis D. Mclean. He and his twin brother Frederick McLean where the first African American Patrolmen on the Boston Police Department. Both brothers served the City of Boston honorably and retired as detectives. Rev. McLean traveled extensively with her husband; she was particularly fond of their visits to the U.S. Virgin Islands. In addition to traveling with her husband, she faithfully traveled to Greenwood, SC every year for the family reunion and to various states throughout U.S. to visit her family.

In the early 1990’s when it would seem that Rev. McLean would plan to retire, her vitality and motivation continued to soar. Defying social stigmas regarding age, she became a foster grandparent to both Isaiah Fletcher and later, Anthony Rice; she enrolled in Harvard University Extension School with the intention of earning a doctoral degree and writing an autobiography; and she enrolled in seminary after answering her call to ministry. Her favorite hymn was, “I Decided To Make Jesus My Choice.” With her plate full and the benchmarks set far beyond normal reach, Rev. McLean completed seminary and was ordained Deacon, then Elder and remained assigned to the Historic Charles Street A.M.E. Church under the Pastoral Leadership of Rev. Mickarl D. Thomas, Sr. She founded the Our Space and Our Time Senior’s Ministry that has continued to serve the seasoned members of the church.

Rev. Luvenia King McLean loved God, her family and her church family without measure or condition. She was an advocate for children and seniors. Very rarely did you see her without her grands or great grands. She cared for her Isaiah, Anthony and elderly patients well into her early eighties.

God blessed Rev. McLean to live to see four generations and to be loved by many.
Read Less

We encourage you to share your most beloved memories of Reverend Luvenia here, so that the family and other loved ones can always see it. You can upload cherished photographs, or share your favorite stories, and can even comment on those shared by others.

Posted Oct 31, 2019 at 11:00am
I extend my heartfelt sympathy to the King-McLean family. May those precious memories of your dear loved one Luvenia be foremost in your hearts and minds along with the wonderful promise that Jesus made at John 5:28,29. Again, my sincere condolences.
Comment Share
Share via: 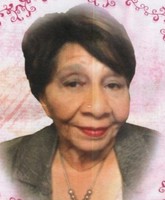