To share your memory on the wall of Jean Jules, sign in using one of the following options:

Provide comfort for the family of Jean Jules with a meaningful gesture of sympathy.

He was an extremely hard worker. He worked as a transport supervisor at Saint Elizabeth’s Hospital for 16 years and finally as a cook at Lindley Food Service in Everett.

He will be sorely missed by his best friends Roger Limage & Jony Mathurin along with his girlfriend at the time of his passing Figna Gerice.
Read Less

To send flowers to the family or plant a tree in memory of Jean Robert Jules, please visit our Heartfelt Sympathies Store.

We encourage you to share your most beloved memories of Jean here, so that the family and other loved ones can always see it. You can upload cherished photographs, or share your favorite stories, and can even comment on those shared by others. 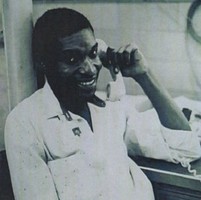