To share your memory on the wall of Wilbur Washington, sign in using one of the following options:

Provide comfort for the family of Wilbur Washington with a meaningful gesture of sympathy.

Print
Wilbur B. Washington was born on April 7, 1955 in Aiken, South Carolina to Willie and Emma Jane Washington. Wilbur resided in Mattapan with his wife until his transition on June 28, 2019.

The Washington family relocated to Boston in 196... Read More
Wilbur B. Washington was born on April 7, 1955 in Aiken, South Carolina to Willie and Emma Jane Washington. Wilbur resided in Mattapan with his wife until his transition on June 28, 2019.

The Washington family relocated to Boston in 1961 where Wilbur would grow up in the Bromley Heath Housing Development, Jamaica Plain. He graduated in 1973 from Boston Technical High School in the last all boys graduating class. Wilbur played varsity High School Basketball and many years later played in the Old Timers Basketball League at The Shelbourne Recreation Center, Roxbury.

After graduation Wilbur was employed by Polaroid Corporation before moving on to Raytheon Company for approximately 36 years as a Material Handler. Wilbur met and married his soulmate, Loretta on April 29, 2000. He affectionately called her “Chocolate” from the first day he met her at Raytheon.

Wilbur was affectionately called “Wil” by his family and friends. He was short in stature but had a GIANT heart and personality.

Wil was fun loving, always wanting his family around, and never treating people differently. His backyard became his sanctuary, after some trials and errors for the “Big City Guy”, where he loved to entertain. Wil always made sure everyone had a good time.

To send flowers to the family or plant a tree in memory of Wilbur B Washington, please visit our Heartfelt Sympathies Store.

We encourage you to share your most beloved memories of Wilbur here, so that the family and other loved ones can always see it. You can upload cherished photographs, or share your favorite stories, and can even comment on those shared by others. 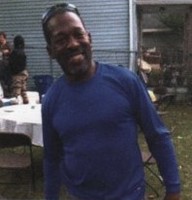