To share your memory on the wall of Margaret Greer, sign in using one of the following options:

Provide comfort for the family of Margaret Greer with a meaningful gesture of sympathy.

Margaret graduated from Girls’ High School and completed an accounting program at Boston Clerical School, and also attended Fisher College. She started her career with the Commonwealth of Massachusetts. From there she went to Boston Public Schools where she held several accounting positions before retiring in 1992 after 24 years of service. Not too long afterwards, Margaret started her second career, caring for her baby granddaughter Daria with much joy and delight.

Margaret enjoyed playing sports in her high school years and continued her interest in staying healthy over the years with racket ball, tennis, daily exercise workouts, walking and Tufts wellness newsletters which photocopies frequently made their way to the mailboxes of her daughters. She was born with the Queeley “curiosity” gene and was a lifelong learner, and believed in exposing her daughters to many different experiences including ice skating, piano, violin, dance and the visual and performing arts. Margaret didn’t believe in collecting dust under her feet. She loved to travel. In 1988, combining this with her love for the arts, she journeyed to Atlanta by herself to the first National Black Arts Festival. It soon became an important gathering place for our family and an important professional opportunity for her daughter, Laura. Margaret also loved jazz and hanging with her daughters at such venues as Wally’s in Boston, the Village Vanguard and the Blue Note in New York City.

In her later years, after deciding she didn’t want to cook any more, Margaret moved to Standish Village in the Lower Mills area of Dorchester where she was served three square meals a day (not always up to her culinary standards). While residing at Standish Village she enjoyed morning exercise, music, rediscovered her love of poetry, started oil painting and acquired an incredible sweet tooth for chocolate ice cream.

In memory of Margaret Greer, the family requests that a donation be made to the WGBH Educational Foundation, Attention: Development Operations - Tribute & Memorial Gifts, One Guest Street, Boston, Massachusetts, 02135, or call 617-300-3000, or via tge WGBH website: www.wgbh.org/tribute_form

To send flowers to the family or plant a tree in memory of Margaret V Greer (Queeley), please visit our Heartfelt Sympathies Store.

We encourage you to share your most beloved memories of Margaret here, so that the family and other loved ones can always see it. You can upload cherished photographs, or share your favorite stories, and can even comment on those shared by others.

Love, Lisa and Silas and Steve Rakoczy and your friends at Neopost have sent flowers to the family of Margaret V Greer (Queeley).
Show you care by sending flowers

Posted May 15, 2019 at 11:06am
I can’t imagine the sadness you must be feeling from your loss. May the love of
Those around you help you through the days ahead. 2 Corinthians 1:3,4 says “that
God is the God of comfort who comforts us in all our trials”. Jehovah hates death he views it as an enemy (1 Cor. 15:26). At John 5:28,29 it speaks about a resurrection when” all those in the memorial tombs will come out “and live life to the full without pain, suffering, death. Through God’s kingdom these promises are sure to come true! May you take comfort in loving memory and friends, family that surround you. 🌹🌹🌹
Comment Share
Share via:
LS

Posted May 06, 2019 at 08:48pm
Aunt Margaret will be remembered as a vibrant spirit and will always be in our hearts. With Our Deepest Sympathies.

Flowers were purchased for the family of Margaret Greer. Send Flowers

Steve Rakoczy and your friends at Neopost

Posted May 06, 2019 at 12:30pm
Please accept our most heartfelt sympathies... Our thoughts and prayers are with you and your family during this difficult time.

Steve Rakoczy and your friends at Neopost purchased flowers for the family of Margaret Greer. Send Flowers 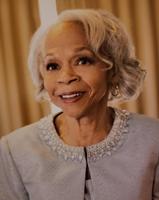